Which Vaccines Are Approved for Travel and Use in India?

Traveling is considered to be one of the most significant parts of human life. People travel for work, business, vacation, or just for some relaxation out of busy routine schedules. That is the reason why traveling is considered the best recreational activity which soothes the soul and relaxes the mind. But After Covid 19 People are having some questions regarding how to manage their travel plans.

But things have changed after the spread of the deadly coronavirus worldwide. Ever since December 2019, there has been a huge change in the way of living of people all around. There are restrictions on travel, stay, and even eating at restaurants at some places. Apart from that, restrictions imposed by many countries, like travel bans for people from some nations where the positivity rate of people is high & getting approval has made it difficult to travel on time. Numerous countries are researching the development of vaccines and medicines for the prevention and treatment of patients. A huge vaccination drive is being conducted by them and more than 3 billion doses have been administered by all the counties in the world. Some nations are manufacturing and exporting vaccines, having a higher pace of vaccination being done while some are dependent on others. There are a few countries that are yet to be administered with the first dose. China and India hold the top position while the USA stands at third in the number of doses given. Countries like Ghana are not financially sound for the development and production of the vaccine, so WHO has initiated a program in collaboration with GAVI for providing vaccines to such poorer countries. 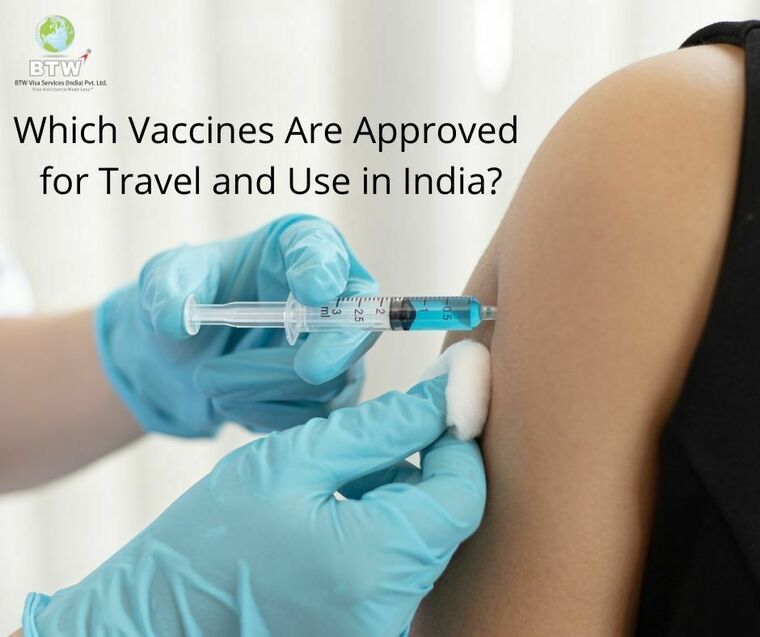 India has always been on the top for exporting medicines such as HCQs during the 1st wave in 2020 and other countries also paved a way for exchange deals for vaccines and medical facilities. When India struggled in the 2nd wave of Covid-19 due to the shortage of oxygen supply for Covid-19 patients, many countries from the US to Germany, etc. came forward to help fight the battle. Hence it became necessary for the Government of India to start with the vaccination drive at the highest level and reach all corners of the country. The first vaccine was administered on 16th January 2021 and to date over 360 million doses have been given including the 1st and 2nd doses of the vaccines approved. Initially, the vaccines that were approved were Oxford-AstraZeneca which was manufactured by Serum Institute of India and was named Covishield, and the other one being Covaxin which is developed by Bharat Biotech. Now two more vaccines have joined the list, 1st being Sputnik V from Russia which is being manufactured by Dr.Reddy’s Laboratory, and 2nd Moderna Vaccines. A few more vaccines are undergoing clinical trials for approval. These already approved vaccines have shown a positive result after all the doses are given.

Although India’s vaccination drive is going at a full flow, there’s a question that arises whether the vaccine that is being administered to a person is accepted by other nations as well or not. Covid-19 vaccinated certificates will play a major role in the coming future for traveling to international destinations. As of now, many countries like Israel, Germany, etc. have restricted entry of any Indian to their country, else they need a negative RT-PCR report before entering the country. Post reaching the destined country it is compulsory to complete the home isolation period for at least 14 days.

After these limitations are eliminated and worldwide travel resumes, either the standards will be something very similar or an individual would be absolved from showing a negative report and an obligatory isolate period would not be needed. On the off chance that they as of now have a CVC (Coronavirus Vaccinated Certificate.)

Vaccine authentications from Cowin will currently be connected to identifications for individuals arranging global travel for schooling, work openings, or as a feature of the Indian unexpected for the Tokyo Olympics, the public authority reported on Monday. The new guideline additionally provisioned for the early organization of the second portion of Covishield in open situations where the program dates fall before the time of the 84-day gap.

The move comes as a relief for different depictions of individuals, similar to understudies looking for advanced education abroad, confronting bottlenecks in effort worldwide travel. The Centre in its rules to states and Union Territories permitted such people to make their immunization efforts in the wake of finishing 28 days of their first portion so that they are eligible to travel abroad with the certificate. As of now, only Covishield from India has been permitted by WHO for international acceptance. Covaxin approval is in the process which was initially requested but declined by WHO. While Covaxin is being controlled widely across India, it has not yet been supported by the significant countries to which Indians travel much of the time, be it for training or work. at the point when the controller in January said the antibody had been endorsed for "confined use in crisis circumstances in broad daylight interest as a plentiful insurance, in clinical preliminary mode, particularly with regards to contamination by strains' '. Specialists thought about how an antibody was cleared for crisis use by a huge number of weak individuals when its preliminaries were as yet in progress. The All India Drug Action Network at the time said that it was "perplexed to comprehend the logical rationale" to support "a not entirely examined antibody". Both the producer and medication controller had guarded Covaxin, saying it was "protected and gave a strong invulnerable reaction". Bharat Biotech had said that Indian clinical preliminary laws permitted "sped up" authorization for utilization of medications after the second period of preliminaries for "neglected clinical necessities of genuine and dangerous sicknesses in the country". It has vowed to make accessible the full information for the third period of preliminaries in July.

With numerous nations currently turning to "antibody identifications", approaching travelers are checked for verification of Covid-19 immunizations bombing which they need to go through required lodging isolates for at least fourteen days in a row from the air terminal. This has constrained numerous to just post for Covishield inoculations spaces in the Cowin entryway. It fundamentally incorporates restless understudies who are hoping to arrive at their abroad inns for UG and PG programs that typically begin during August-September. Given lodging isolates are very costly, getting themselves immunized by Covishield saves a ton of time and exertion.

For instance, Countries like Australia and New Zealand have a great many Chinese vacationers visiting them every year. Be that as it may, these two countries are yet to support any of the Chinese-made antibodies, bringing about a great deal of vulnerability for Chinese travellers. It remains clear how things change once every country has a Vaccine visa necessity set up and in the event that they will demand travelers to have just been immunized by vaccinators that are important for the host nation’s requirement of development of antibodies in individuals against the coronavirus. So a thorough trial is required and a positive result is expected then only the vaccines would be accepted by countries around the world. In an unsure scenario, there are chances of a 3rd wave to hit the country soon so it is necessary that people have been vaccinated enough before it damages the system as it did in the 2nd wave in April-May 2021.

Tourist Visa For Indians
Previous Post : Seven Best Tourist Places to visit in Dubai
Next Post : Things to consider while traveling abroad after a pandemic
Apply Now
OTP has been sent to your email (Please check spam folder too)