“When diplomacy ends, War begins”... Said by one of the most powerful and notorious dictators of the world, Adolf Hitler, it is quite a powerful statement. Diplomacy, also known as the art of negotiating with different states is a crucial element in maintaining world peace.  With 195 countries in the world separated by geography, culture, religion, governments, and so on, it can be a herculean task to maintain a relationship between states. This gap, however, is closed by what we call, a Diplomatic Mission, or Foreign Mission.

What is a Diplomatic Mission?

In layman terms, it is a group of people that are sent from a state, or country, to another state representing them in the host state. These people, also known as diplomats, or diplomatic representatives have several purposes that arise between the two countries. Usually, the diplomatic missions are stationed in the state capital of the host country. However, it may also be located in other locations as deemed necessary.

Note:- To avoid confusion, throughout this article, the High Commission and Embassy have been referred to using the single term ‘Embassy’.

Despite the fact that the embassies are located on the host soil, it is considered as a legal territory of the country they represent. The local host government has no jurisdiction over the embassy. Even in case of an emergency such as a fire, the local government fire force cannot enter the premises of an embassy without their permission. As a result, officials within that area or building obtain something known as Diplomatic Immunity. According to this, any personnel who are within the premises of an embassy are treated as if they are in the representing country. They are exempt from paying taxes, dues, and cannot even be prosecuted by the host state. However, this does not stop them from being prosecuted by the sending state. For example, in the case of the US Diplomatic Mission in India, the US embassy is considered as if it is located in the US. So, the Indian government cannot enter the premises without authorization, and cannot take action against a diplomatic official.

A peek into the history of Diplomatic Missions

Like they say, “Rome wasn't built in a day”. The diplomatic missions we see today weren’t always like this. It took a lot of time and reformations to become this powerful entity. The development and history of foreign missions is quite an interesting one.

Even before the term ‘Diplomatic Mission’ became a thing, the concept did exist. Just like in the movies, in the early days, kings sent their trusted lords or courtiers to other kingdoms to make negotiations, contracts, or even treaties on their behalf. Often, these people were even provided with immunity. Although, at times, they might get captured, and maybe even killed.

The missions have been a part since the first states and cities were coined. Even though originally they were sent on a temporary basis, they served the purpose. The people sent were usually relatives of the ruling family, very high ranking members of the council, etc. A more advanced version of the foreign mission came into existence during the Renaissance period in the 13th century in Northern Italy. The city of Milan sent emissaries to settle permanently in other cities of Northern Italy.

Soon, these practices spread to the rest of the European powers with Spain sending the first permanent representative to the Court of England in 1487. This was then followed by other European countries as well. Since trade and political relationship between countries started being more and more important, by the end of the 16th century, permanent missions became the norm. The missions were usually headed by an Ambassador. The Ambassador was normally a nobleman, and often had almost zero knowledge and experience in the foreign and diplomatic field. As a result, they were accompanied by a team of embassy staff to assist them. These included people with a wide range of expertise and quite regularly, some of them were people specialized in espionage.

In the early 18th century, this practice took a hit. The French revolution, and the years of war that followed put an end to diplomatic practices for quite a while. The French armies captured anyone taking part in the diplomacy in France, the rank of Ambassadors were stripped out, and so on. Napoleon Bonaparte even refused to accept the concept of Diplomatic Immunity. He imprisoned several British diplomats who were stationed in France. After the defeat and fall of Napoleon in the early 19th century, during the Congress of Vienna in 1815, an international standard for the diplomatic ranks was introduced. This determined the precedence, and rules on international diplomacy. According to this, the diplomats were categorized into 3 rankings - The Ambassador, the envoys or ministers who were accredited by the head of state, and the chargés d’affaires who were authorized by the minister of foreign affairs. Later, at the conference of Aachen, another rank was introduced between the 2nd and 3rd ranks. These congresses laid the foundation of the modern-day diplomatic missions, and the precedences are still followed today.

The modern form of the diplomatic missions was finally developed after World War II. In the Vienna Convention on Diplomatic Relations in 1961, and later in the Vienna Convention on Consular Relations in 1963, the laws on the treatment of diplomats, and other factors were determined. The main focus of this was Diplomatic Immunity. The treaty also gave guidelines on establishing, maintaining, and even terminating diplomatic relations. These two conferences determined the framework and rules on international relations and are the active rule followed today with 192 countries signing them.

Why are Diplomatic Missions important?

Foreign missions are a vital cog in the wheel of international relations. A significant number of wars could have been avoided if there had been a good form of international communication between nations. It has always been a necessity to promote peace and good faith. The major form of economy for any nation came through trading. And to develop good trade and political relationship, along with others, it is important to have certain people representing the home country to be located in the host state. Despite the technological advancements, and globalization, face- to- face, and person-to-person communication is still the best form. There are countries whose governments consider physical communication as a sign of mutual respect and understanding. Diplomatic missions attend to these aspects and make it easier for the people of both countries to coexist in peace.

What are the functions of a Diplomatic Mission?

There are a few ways in which countries classify their diplomatic missions based on the host state, the hierarchy, functions, and so on. The following are the main types in which they exist -

An embassy is considered as the highest form of a diplomatic representation. The major diplomatic talks between states are held at the embassy. The building in which the embassy resides is often called as a Chancery. For it to be easily accessible to the citizens of the sending state, embassies are located in the head of state, that is the capital of the nation. The embassies are headed by the Ambassador who is an officer sent from the head of state to the receiving head of state. There can only be one embassy and one ambassador from a nation. The embassy consists of diplomatic officials who are from the home state and are protected under the Diplomatic immunity. The embassy performs a wide range of tasks as mentioned above. Their work revolves around protecting the interests of the home country, and its people in the receiving country as well as acting as intermediaries during negotiations. The embassy deals directly with the office of the President of the home country. Most of the time, the embassy has a consular section inside; Usually having a different entrance.

A consulate or consulate-general is a foreign mission that is below the embassy in the ranking. The consulate usually has the same functions at a lower priority, and function like an extension or a branch of the embassy. The basic functions of these are consular services and work with people for issues related to passports, visas, as well as other assistance. The consulate’s biggest responsibility is the citizens of the home country present in the host country. In case of most visa applications, the consulates accept them, but they are then processed at the embassy. In certain other cases, the applications will have to be made only to an embassy. The consulates are usually located in major cities which has high importance, a large number of tourists, financial capitals, etc. In some cases, they may also be located in the capital. Usually, there are multiple consulates in a country. Each consulate is headed by the Consul. Unlike ambassadors, there can be multiple consuls in a single nation. Sometimes, in the case of certain Commonwealth nations, the consulates can also be called as Deputy High Commissions.

The honorary consulates are a lower form of a diplomatic mission. These are headed by an Honorary Consul. Unlike the Consul or Ambassador, the head of an honorary consulate is not a foreign service official. They are usually a citizen of the host nation who has been appointed by the sending nation to take care of their citizens in the receiving nation. They are usually people with business, cultural, or any other type of ties between the two countries. The honorary consulates are located outside the capital city in other states as deemed necessary. The functions of these are usually consular with limited authority such as certifications, visas, etc. In certain special situations, they even have the authority to issue passports.

A diplomatic mission from the European Union to other countries is often termed as a delegation. The delegation is situated in the country's capital and performs functions to improve the relationship between the EU and the host country. These may include security issues, trade relations, climate change, etc.  The EU diplomatic mission in India is located in New Delhi. The EU delegate is headed by an Ambassador.

Permanent missions are the term used to refer to a foreign mission to an international organization such as the UN, NATO, WTO, EU, etc. They are headed by someone called the Permanent Representative, or more commonly known as an Ambassador. Unlike the ambassadors with respect to an embassy, these representatives are accredited to the international organization rather than the head of state. The functions of this are to attend the meetings, conferences of the organization, sign treaties, etc to promote peace and develop relations. 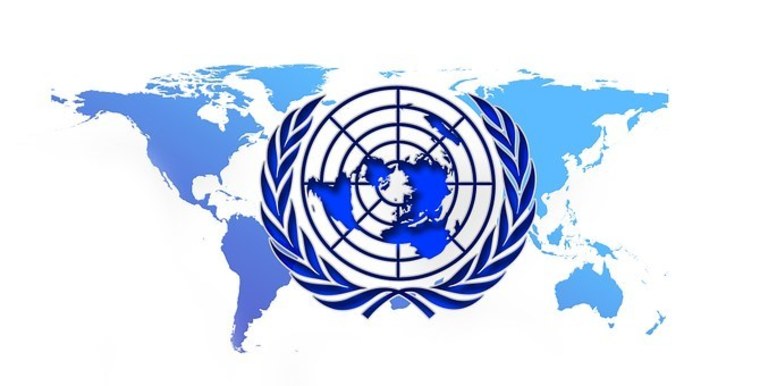 In an unpredictable and dangerous world of today, it is crucial to maintain a good healthy relationship between nations. With almost every country possessing nuclear weapons, it is a matter of life and death. Diplomatic missions, apart from their other functions, help in avoiding another world war. Their importance is one of the reasons why diplomats obtain Diplomatic Immunity. Despite a few instances of abuse of this power in the past, foreign missions are crucial to every country and will remain a necessity.