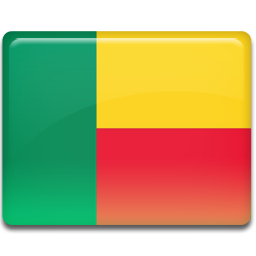 Diplomatic missions of various countries are situated all across India. The embassy of Benin has certain duties towards the citizens of Benin in India and the Indian citizens who are looking for any kind of assistance for various reasons. The embassy represents the government of Benin and deals with foreign affairs related to the country of residence, i.e, India. In this page, you will find all the details like address, contact, working days, working hours, address, map of the missions and their jurisdictions. Even the duties of the embassy and consular services provided by them are listed in the content. The mission details are as following:

OTHER BENIN REPRESENTATIONS IN INDIA

Jurisdiction is the operational range of the diplomatic mission. Based on the location, every mission has its own jurisdiction. Benin diplomatic missions situated in different states and major cities in India have different jurisdictions as per their power and capacity. An Indian candidate may apply to a particular mission depending on their State of Residence (It is the state that you have been residing for more than six months). The duties of the mission are classified accordingly.

The Benin embassy is the one of the diplomatic missions of Benin in India. Conducting visa interviews, providing embassy attestation, helping the needy with the immigration process are some of the major duties of the Benin embassy. Benin has its jurisdiction as per state of residence, to know the jurisdiction kindly check the below links.

In order to get the required services from the Benin embassy, you can contact the embassy directly for any kind of inquiries and issues related to visa and regulations or the passport requirements. Although, you may need to ensure that the embassy officials are available before visiting. The address and the office hours must be confirmed by contacting them virtually first.