The renowned Schengen countries consist of 22 EU members and 4 non-EU countries making it the world’s biggest visa-free zone. Apart from visa-free travel, the Schengen visa countries also participate in information exchange between them through the Schengen Information System (SIS) and also engage in full judicial cooperation between the member states. 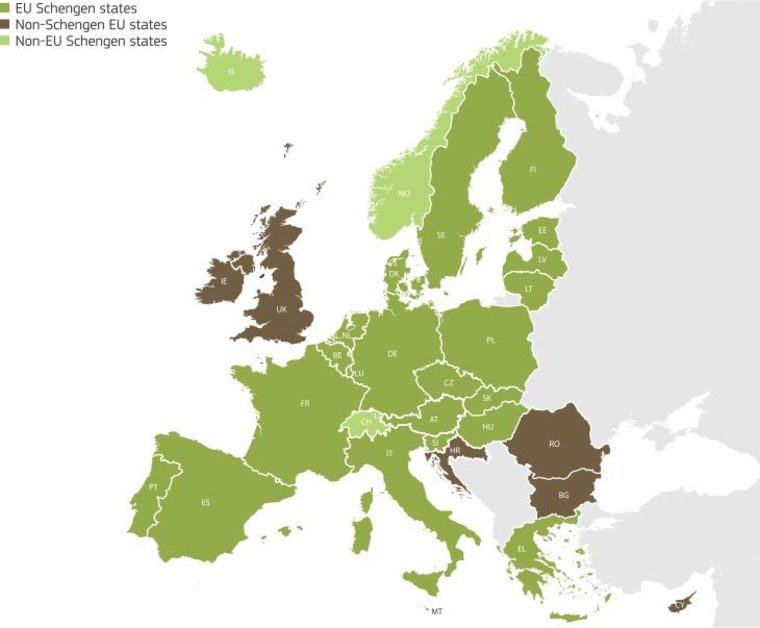 The Schengen area is known as the world’s largest visa-free zone and includes 26 European countries that have abolished their internal borders and have free movement of people, along with common visa, and fighting crime together by implementing a common judicial system and police cooperation. As a result, the entire region covering the member states is considered as one single state known as the Schengen zone. Currently, the entire area of the Schengen zone is over 4,300,000 sq km and holds a population of over 400 million.

Officially, as of the year 2019, there are 26 Schengen countries. Even though the are entirely comprises of Europe, only 22 of these are a part of the European Union (EU). The other 4 are non-EU countries that are members of EFTA (European Free Trade Association). The list of Schengen countries are as follows -

Apart from the EU nationals and citizens of countries with a visa-free agreement with the individual countries, for all other nationals, there are visa requirements for Schengen area called the Schengen visa to enter the region. All the Schengen countries issue this type of an entry permit, and as a result, the visa for the Schengen area can be used throughout the entire area regardless of the country.

Normally, this visa is issued for a stay duration of up to 90 days in a 180-day period and can be issued as single-entry, double-entry, or even multiple-entries. However, staying for a period of longer than 90 days would need you to possess a national visa and not a Schengen visa. Regardless of what the name suggests, the national visa will also allow you to visit other Schengen countries and stay there for a maximum of 90 days in a 180-day period.

In most cases, the Schengen countries issue a Uniform Schengen Visa which is valid for all Schengen states, Although, in certain special circumstances, they issue something called a Limited Territory Visa (LTV) which is valid for entry only into the state (s) that are specifically mentioned on the sticker.

Even though the application for the Schengen visa for different countries differ, most of the countries follow a similar pattern. In fact, they also have common documentation required as well. Let us have a look at the details on the visa requirements -

The primary criteria for applying for a Schengen Visa is the possession of a certain set of documents. Although there are different documents as per the specific country and the purpose of the visit, the following are the list of general documents you would need for almost all the Schengen visas.

The application procedure for all the types of Schengen visa is quite similar. In general, the procedure can be mentioned as follows -

As per the rules of the Schengen visa, all applicants will have to submit their biometrics at the appointment centre. This data will be stored in the Schengen VIS (Visa Information System) which is a common information exchange system between all the Schengen countries.

I Want To Apply For Schengen Visa